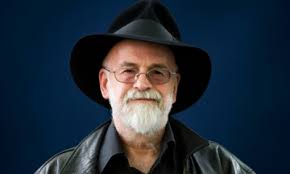 Anyone who hasn't read the late Terry Pratchett's brilliant Discworld series of books, will be wondering what the hell the Clacks is, and how it will keep him alive. The discworld is in effect a medieval version of the Earth, but with many of the gadgets we have today. The Clacks is the discworld equivalent of a cross between the telegraph, fax and the internet, sending messages backwards and forwards over hundreds of miles using complicated relays of Semaphore signalling machines and highly skilled operators.

In 'Going Postal', clacks workers who die in the line of duty have their names sent constantly up and down the lines of clacks towers, as an unseen part of the regular messages, on the principle that 'A man is not dead while his name is still spoken'. As long as his name is sent backwards and forwards through the system, in a sense he lives on.

Since Terry Pratchett died on 15th March, 2015, a group of fans have written code that can be very easily embedded in a web site, that emulates Terry's own idea by keeping his name constantly moving around the internet. This web site has the code embedded, and while it is not normally visible, by viewing the page source of any page on here, the words "meta http-equiv="X-Clacks-Overhead" content="GNU Terry Pratchett" /" will be seen, and will presumably be read by all spiders and bots crawling the web looking for content on behalf of Google and the other search companies. His name should live on as long as the internet does. 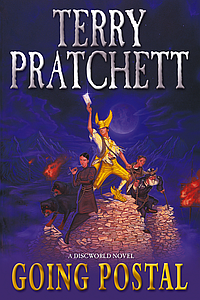